Goddess by the Sea 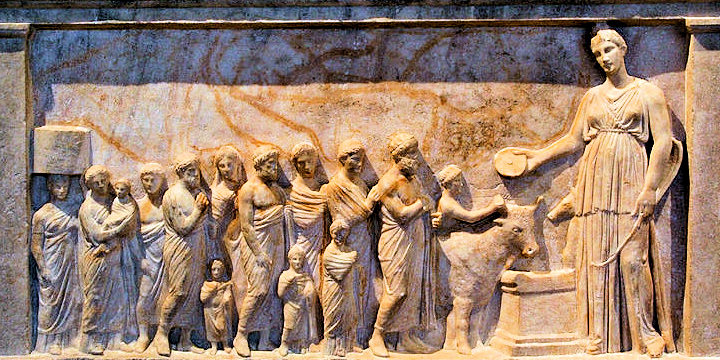 I opened the door to my balcony and stepped out into the fresh air. I stared at the beautiful bay of Porto Rafti, the smell of the ocean combined so perfectly with the smell of jasmine from the garden below. My delight was only to increase as I sat down at the little restaurant by the sea. Now the smells were to enter my heart through my hungry belly. The smell of fresh bread, the small fried fish caught only hours ago, spiked with the ever-necessary smell of lemon. The wine reminded me of a taste as if from many lifetimes ago. I took a deep breath and allowed the beauty of the vibration of the whole experience enter me and bring me peace.

The next day the sun streamed through my window and called me to adventure. I followed the call to a nearby ruins, known as Vravrona. A few thousand years earlier, this site was home to an elite school for girls of all of Athens. The girls were initiated into the Artemis religion and they were equipped with the skills that they would need for survival. The whole experience for the girls was a rites of passage into an extremely powerful womanhood, in which the greatest divine force, the mother goddess, was reflected in themselves.

There I stood, amidst the ruins of what was once a great symbol of feminine greatness, one of the last temples to survive in an era when male gods were conquering the spiritual lives of Greece and nearby lands. I could not help feeling stronger, imagining myself a mighty queen in that culture where women could rule the heavens and the earth as well. I wondered how my life might have been different, if I had been offered a royal warrior training as a young woman.

My visit to Elefsina the following day did not feel as triumphant. Here I could still feel the echoes of the dark side of goddess worship. Following ancient traditions which dated back thousands of years, priestesses of the goddess often engaged in ritual sacrifice. Here was another side of womanhood in which we were not only the most powerful, we even came to abuse that power. Strange that there is a historical denial of this side of us. The warrior women who defended the goddesses and their temples have been reduced to the “mythical” Amazons, even in the brand new Acropolis museum, the last stop on my our of history. It appears beyond the scope of archaeologists to document the intentional disintegration of the goddess religions nor even the accusations held against these same religions.

The image of a beautiful, warrior, goddess-worshiping queen is so different from the archetypes of womanhood that I have encountered. Yet I see myself in her, and her reflections, however poorly labeled, at the museums curated by men, based on research primarily done by men, from a masculine-as-strongest mainstream perspective. I am inspired to understand how these women lost control of the spirit world and the material world.

As I looked out over the sea at the end of my journey, something in my image of myself had changed. I am free to be any form of woman that becomes me, to express my femininity with as much softness or assertiveness as I need. As I rediscover myself, I hold onto only the strongest traits, knowing the persuasive power of my feminine beauty, knowing I could overpower all around me but choosing instead to rule steadily over myself alone.

Come have your own goddess experience with me this January.